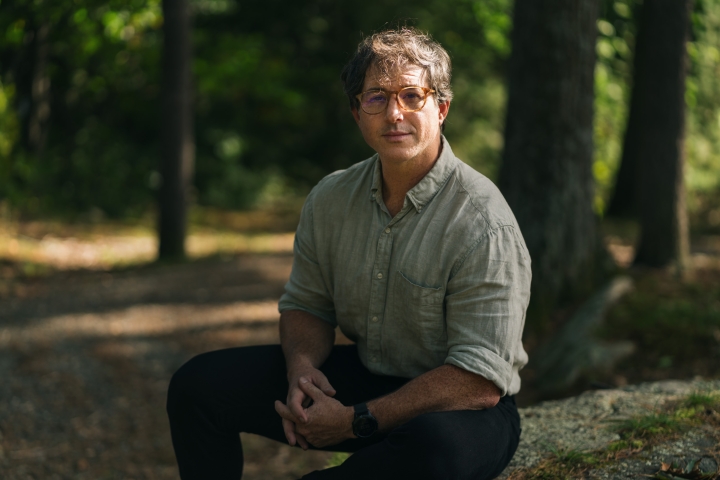 Justin Mankin, assistant professor of geography and co-lead of NOAA’s Drought Task Force, was lead author of a NOAA report on drought in the Southwest U.S. (Photo by Eli Burakian ’00)
9/27/2021
More Reading

The historic drought in the U.S. Southwest is not a passing crisis, but the story of things to come, according to Justin Mankin, lead author of a report on the drought for the National Oceanic and Atmospheric Administration.

The NOAA report found that an unprecedented, but likely natural, string of low rain and snow seasons since January 2020 triggered the drought. But high temperatures from global warming made the drought worse than it would have been in a cooler climate.

“The report tells us that this drought has a human fingerprint, the outlines of which will become clearer as the region slides further toward aridity,” says Mankin, an assistant professor of geography and co-lead of NOAA’s Drought Task Force.

Mankin and his co-authors found that drought recovery will take several wet and cold years of rain and snow, suggesting that it will not end soon.

The report tells us that this drought has a human fingerprint.

“This drought is exceptional relative to our historical climate,” he says, “but not to the one we continue to commit ourselves to with each additional ton of carbon dioxide we emit.”

The NOAA report documents the magnitude, causes, and projected future of the ongoing drought, which has already caused impacts in the tens of billions of dollars.

Mankin says that he hopes the research team’s work will help guide public response to the drought.